THE FACE OF GOD, IN SEARCH OF
Within the multimedia construction of an imagined bedroom, 'The Face of God, In Search Of' presents decomposing dreams and nightmares of nature's cycle.  Surrounding a solitary bed, the place of birth and death, the work imposes the external physical world upon the battlefield of man's inner physiology; and upon this, the collective struggles of humanity's survival amidst vast predatory instincts.
The room vacillates in extremes: at times open, seduced by breeze and moonlight; suddenly closed, airtight, a clinical florescent tomb for the final, futile effort to deny nature's claim.  'The Face of God' is a reflection box of nature's paradox - both majestic and indiscriminately cruel.  Conclusively, it is a requiem for inevitable mortality.
The principal metaphors in 'Face of God', as well as its title, are inspired by Tennessee Williams' play 'Suddenly Last Summer' written in 1952.  It aspired to position man within the whole of nature and primal instinct.  I do not think the play among Williams most successful, but it is circumstantially connected to one of my earliest artistic memories - my first artistic epiphany.  I was about nine when I saw the film version on late night TV, alone in my bedroom, unknowing of Williams or Picasso.  I did know that my seven year old sister had just been consumed before my eyes within two months from liver cancer, and sections of the film conjoined to form an indelible reference for the cruel side of nature and death.  It also aligned with my first spiritual crisis: there can be no God if a God would disfigure and kill a beautiful young child?
'Suddenly Last Summer' surrounds protagonist Sebastian, a privileged young poet who aspired to write only one poem a year.  He was also a vocational world traveller and his destinations were guided by his obsession to 'see the face of God.'  These expeditions led him to nature's battlefields of procreation and consumption.  After numerous years Sebastian claims to at last found God while standing on an Encantadas beach in the Galapagos Islands.  There, for an entire day, he watched a bloody feeding frenzy as predator birds devour thousands of hatching baby turtles, who instinctively struggle to reach the sea from their nests buried in the sand.
This specific tableau sets the stage for Sebastian's own impending death, as he himself was later somewhat cannibalized by the Island's poor young boys - young boys whom it is implied he had sexually abused.  Here we have a different cycle of consumption - the instinct for sex second only to the instinct for food.  His predatory actions also contradict his otherwise elitist, well mannered life and further illuminate the issues of class consumption.  Sebastian's ritualistic death is also metaphor for a larger schematic of societal upheaval.
Going beyond the literal confines of the play, 'The Face of God' overlays a late 20th century ecological perspective, accrued from gross global excesses of mankind.  The severity of it all was not apparent to Williams or his generation, but it is clearly understood today than man not bird is the greatest enemy of the turtle and overall, earth's most ruthless predator.
​Dawn DeDeaux, 1996 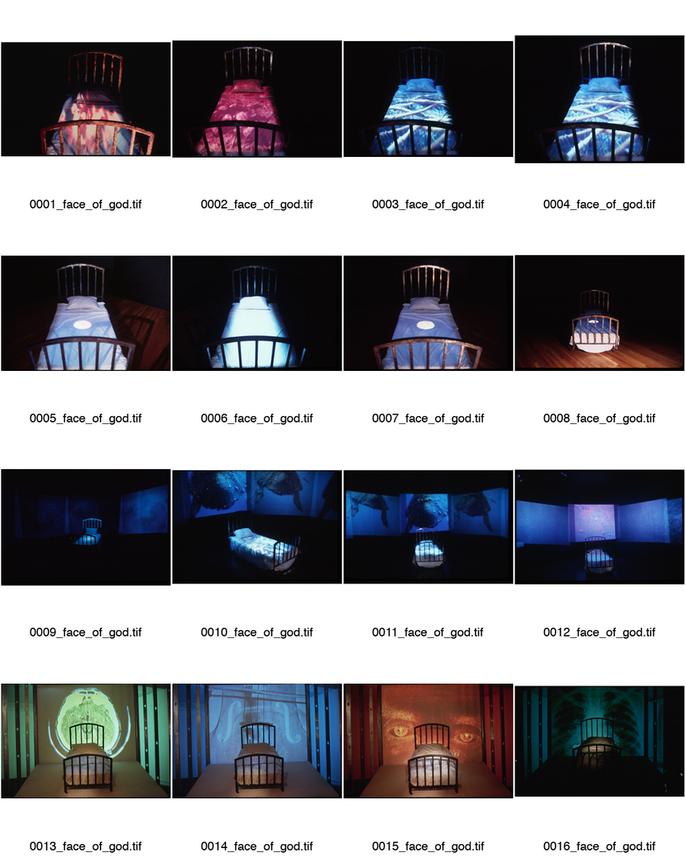 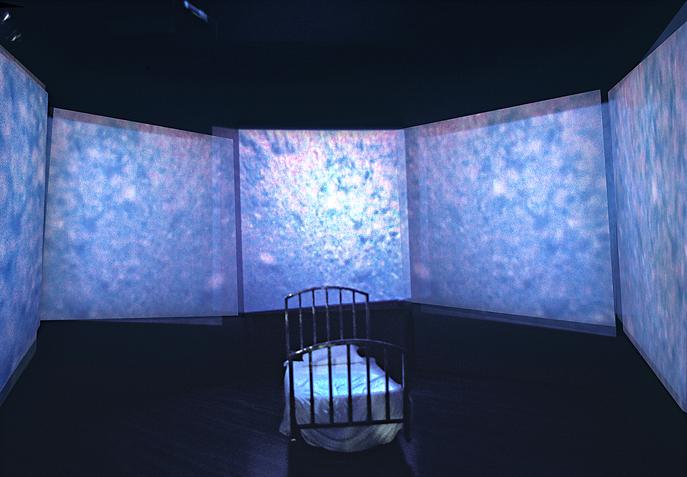