DRIVE BY SHOOTING: INSIDE OUTSIDE

DRIVE BY SHOOTING: INSIDE OUTSIDE is a video and an art installation work by artist Dawn DeDeaux created in 1989, and exhibited throughout the United States in the early 1990s. The film is set in New Orleans during its reign as Murder Capital of America and a time when police corruption was rampant. DeDEAUX's film features the reputed gang leaders of the day, brothers Paul and Wayne Hardy who were thought to have been responsible for a majority of the City's drive by shootings. The Hardy Boys take DeDEAUX (aka 'Nancy Drew') on a ride throughout their territorial neighborhoods. She captures both the brothers inside the car and the people passed by on the streets who show either fear or admiration. DeDeaux's edited piece concludes with the use of video footage shot just two days later in the same neighborhood and in the minutes following a real drive by shooting that takes the life of a 16 year old on the afternoon of his birthday before his stunned parents.
The installation featured a room with two lazy boy chairs and a television set representing 'inside', and a massive film projection that filled the entire rear wall of the room as though a view 'outside' of an exterior landscape. Both the television and wall projection played the exact same footage- synchronized at the same time - but implied two greatly differing stories or realities of the fatalities on the streets of New Orleans pending one's point of view and societal standing. DeDeaux also highlights the appropriation of gang life and violence within entertainment genres - visceral and evident in the background ambient car music incessantly played by the Hardy Boys as they drive through their territory passionately singing lyric as though battle-cry-anthems for the street war. "The music, it does something to your mind," says the back seat rider.
DRIVE BY SHOOTING is among several films produced by DeDeaux over a two year period documenting the lives of The Hardy Boys and implementing experimental art programming for a 6000 inmate facility.
After surviving 14 attempts on his life, Wayne Hardy was himself killed in a drive by shooting in the early 90s and Paul Hardy is now serving life in prison for his role as hit-man for corrupt New Orleans policeman Len Davis who order the death of resident Kim Groves days following her complaint against Davis in 1994. Cellphone conversations between Len Davis and Paul Hardy were intercepted by the FBI and contributed to an expanded sting operation against police corruption on the force.
DeDeaux lobbied for a life sentence rather than a death sentence for Paul Hardy due to the influence of and involvement with corrupt police - pointing to a section in her video where Paul Hardy's sings to the song "Fuck the Police" as example of his diminished respect for the 'good guys' and the weight of the day's moral hypocrisy.

ARCHIVE NOTE: DRIVE BY SHOOTING master footage was destroyed in Hurricane Katrina and this is a restored digital transfer from a worn VHS exhibition tape. 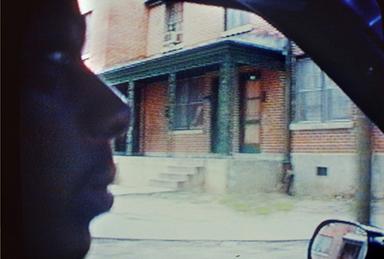 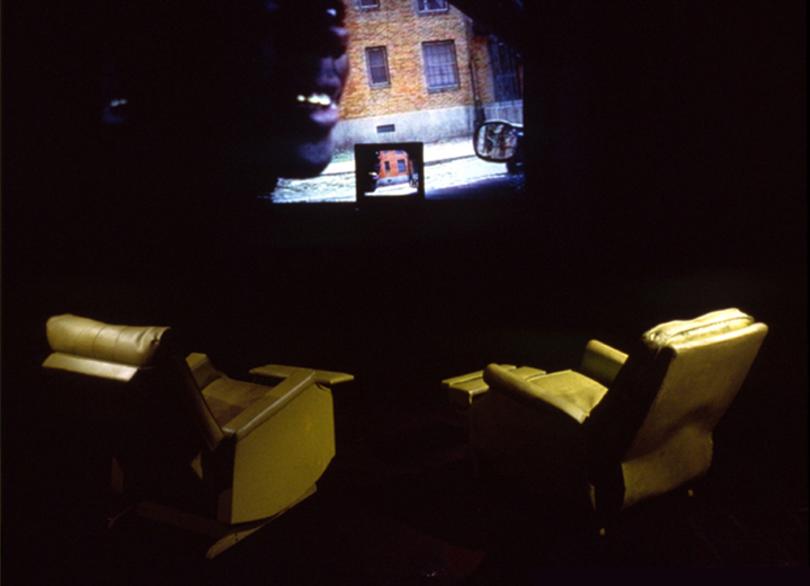