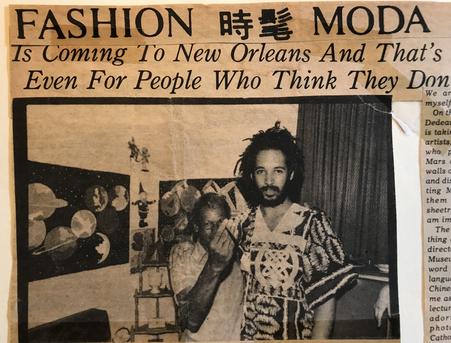 ​
Martin Green was born and raised in New Orleans.  He began his art studies in 1964 at the age of 42 with fellow New Orleans artist Dawn DeDeaux,  age  13.  They studied together under the instruction of a visiting artist from New York City - a painter Laura Adams, age 34.

DeDeaux was raised in New Orleans by her grandmother Hilda Warfield, then age 73, in her home at 2326 Esplanade Avenue, next to the Edgar Degas House.   Green was Mrs. Warfield's gardener and assistant for what would become 25 years.

Laura Adams was a pale-skinned, raven-haired woman who fashioned her appearance after Elizabeth Taylor in the film "The Sandpipers" ( beatnik--crossed-bohemianism).    Her New York boyfriend, she would say, looked  "just like Richard Burton."

​She arrived in New Orleans for an art pilgrimage, hoping to 'channel' her favorite French Impressionist artist Edgar Degas, who himself left Paris for New Orleans over a century prior to live down the street with his blind sister Estelle.

Martin Green was a diminutive 4'11" African American man with giant personality.  He lived four blocks away on Laparouse Street.   In addition to errands and maintaining the property grounds,  Martin became official street guardian of Dawn -  at the time a gangly, fast-sprouting  5'7" white pre-teen, who, for a limited number of years, was shy.  He accompanied her each day on a two block walk to the Broad Street bus stop for school.  Martin and Dawn became best friends and formed an unusual new 'nuclear' family:  Martin's wife had recently abandoned him with their three daughters and left the country for her birthplace country Guatemala; and Dawn's own family had recently imploded - fueled largely by the death of two younger siblings - prompting her new residency with grandmother, and indirectly Martin.

On two occasions they cried together about their families.  On many occasions she hid his beer in an upstairs refrigerator. (A singular Green whistle would prompt a 30' cold-beer drop from the second floor balcony or rear kitchen window.)

This unusual friendship was forged during the height of New Orleans' civil rights unrest and the apex of 'white flight' exodus for the suburbs - leaving DeDeaux the new minority in this downtown neighborhood.  DeDeaux and Green's daily promenades to the bus stop were a 'curiosity' - with their differences in age, race, gender... and height.

During one after-school walk Green and DeDeaux schemed to spy on new resident Adams through her door's keyhole to watch her paint.  An angered Adams startled the pair when she discovered them behind her door: but anger was replaced with respect for their fearless curiosity in art.  This prompted Adams to give art lessons to Green and DeDeaux for three days a week during her remaining two year residency, just like Degas, in New Orleans.

Green immediately displayed keen focus and an obsession to paint his visions of outer space.  His planetary configurations were rendered in florescent paint purchased at the nearby K&B Drugstore on Broad Street.  Before long he began to paint his visionary worlds directly onto the walls of his shotgun house.  The ceilings too.  Black light fixtures were added to enhance the dramatic impact.  For all subsequent years to come his house became a destination place for DeDeaux and her friends and colleagues.

DeDeaux was passionate about her studies, too, but less successful in early works with her odd-pair fusing of influences - Adams' weak post-impressionisms with Martin's better pre-Afro-Futurisms.  But offsetting DeDeaux's lesser adolescent works was her emersion into art history and contemporary art, under the considerable and generous instruction of Laura Adams, by now a full member of the Green-DeDeaux nuclear family.

...And when in New York, Adams and DeDeaux were the guests of Laura's boyfriend, Artie.  He provided each with a private hotel room for weeks  at The Plaza, with room service.  Artie also hosted evening dinners at a sweeping range of New York restaurants. (And it was true, he did look like Richard Burton.)

Laura Adams eventually left New Orleans in 1968 and DeDeaux only met her on one subsequent visit to New York,  just prior to her suicide in 1975.  It was in a dark bar in Brooklyn where Adams, now with a different brooding boyfriend and double in size, was barely recognizable.  Gone was Elizabeth Taylor and here was more a portrait by Diane Arbus: DeDeaux gave news of Green, and was able to say, to truly convey, "thank you, thank you and thank you."

DeDeaux and Green remained close through the remainder of his life and he never stopped being THE ARTIST.  She introduced Green to fellow artists, collectors, writers and curators - including New York curator Joe Lewis (co-founder of Bronx-based Fashion Moda) who included Green's work in an exhibition at the New Museum in New York City in 1981.   DeDeaux also featured Green’s work dominantly in an exhibition she curated (inspired by his work) at the New Orleans Contemporary Art Center in its early days titled “Out There: Man’s Invasion of Space” in 1979.
Green was a regular attendee at the artists’ dinners staged in DeDeaux’s loft in the 700 block of Camp Street in New Orleans warehouse district throughout the mid 70s into the early 80s when it was still 'skid row.'   Green painted the official logo for the regular gathering of artists known as the “Secret Society Supper ClubO.”
Green also found new patronage in another New York artist Robert Tannen who purchased the house on Esplanade Avenue following a fire that partially destroyed it.  Green became Tannen's gardener as well.

More than 100 works by Green that had been collected over the course of 25 years by Dawn DeDeaux were destroyed in Hurricane Katrina.  A few examples of his work remain in the collection of Robert Tannen.
Full recognition of Martin Green's art was yet to unfold when his life abruptly ended.  In March of 1987, at the age of 64, he was brutally murdered in his home, stabbed fourteen times by a robber.  Green was found on the floor of his front room surrounded by his visionary paintings of other worlds, with his ever-present cigar still clutched in his hand.

"I feel Lonnie is the perfect partner for me on my space mission - a heavenly match foreseen  by MASSMoCA's own visionary curator Denise Markonish and my dear friend and first colleague Martin Green, who now lives on Mars."

Martin Green on a Porch / just before he was murdered / 1987 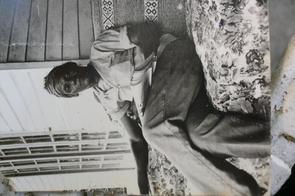 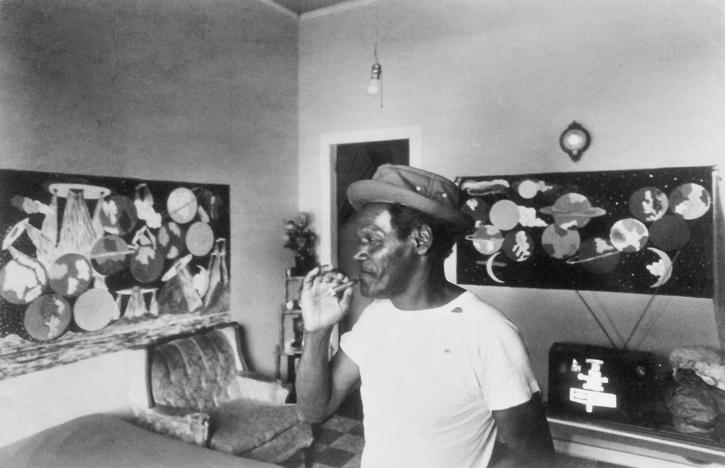 Photo of Lonnie Holley and Dawn DeDeaux 360 by Ben Soulee at Camp Abundance, 2016 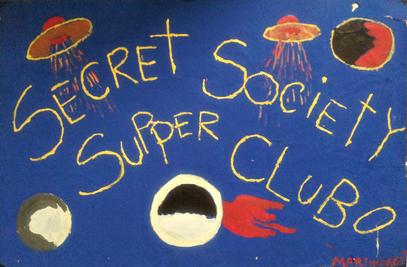 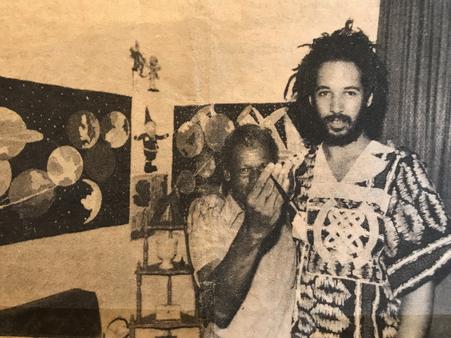 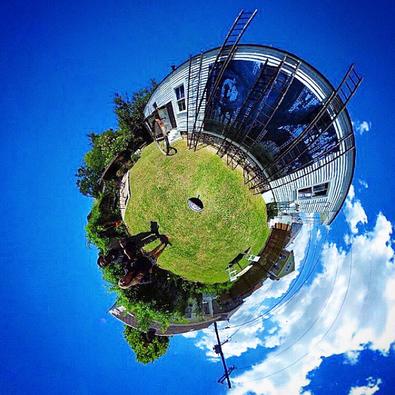