Doom and Bloom
DAWN DEDEAUX RETROSPECTIVE OPENS AT NEW ORLEANS MUSEUM OF ART
by TOM BELLER for AIR MAIL
It may be inappropriate, when seeking to praise a world-class visual artist on the occasion of her first, full career retrospective, to talk about your visit to her house for dinner. But one of the first aesthetic experiences I had in connection with Dawn DeDeaux occurred when I was a guest in a slightly deconstructed shotgun shack that was part of her studio compound in the Gentilly neighborhood of her native New Orleans, not all that far from the grand house on Esplanade Avenue where she lived as a child with her grandmother, down the street from where Degas once stayed.
We sat at a long, narrow wooden table lit by candles, with the ceiling’s slender, exposed planks up above and a few off-kilter architectural columns nearby, the atmosphere somewhere between a beautiful ruin and a stage set. Which is to say, it was unclear if the place was about to fall down, had just been built, or was some combination of the two. Over the ensuing decade, as I became familiar with this inventive artist’s work, I saw that my feeling as her dinner guest anticipated much of the ambiguous thrill of her aesthetic, which often provokes the sensation that life on earth, as we have known it, is being replaced by something far less familiar.
DeDeaux took part in a demolition derby held at the New Orleans Superdome arena in 1976. A photograph of her at the time, holding the championship trophy no less, as the only woman among the 35 competitors, is included in the catalogue for the magnificent career retrospective of her work newly mounted at the New Orleans Museum of Art. It’s a footnote, but as with all her work, its outward playfulness resonates in unexpected ways. DeDeaux has always used New Orleans itself as both an inspiration and a canvas on which to project her fantastically playful and allegorical creations.
Examples of her early installations include a set of C.B. radios set in old phone booths throughout disparate neighborhoods across the city. The artistic sensibility that began with finding amusing and provocative ways to illustrate the disconnect between urban neighborhoods evolved to one focused on the disconnect between our species and its planet. One of this show’s accomplishments is the way it testifies to DeDeaux’s prescience, as far back as the 1990s, in linking social-justice concerns with an awareness of the rapidly changing climate in which we live
.I use the word “we” advisedly, since many of her references are specific to New Orleans and Louisiana in ways that first escaped my understanding. Most notably, some of the artifacts in her “Mothership” installation at first glance looked to me like fanciful-looking spacecraft. Only when I visited the state’s eroding coast did I realize that she was using industrial artifacts from abandoned oil rigs. These capsules were modern-day lifeboats for a decaying and exploding infrastructure on which we’re all dependent.
Another work, Grasping Nature, shows a figure in a HAZMAT suit holding a bouquet of greens while posing under lights, as though for a fashion shoot. DeDeaux’s work with video, performance, photography, and installation has always found ways to engage themes of the catastrophic future and the catastrophic present, ecologically speaking. In her vision, it’s less an ending than a transition to a new way of life or to a new place to live, somewhere other than Earth.
The show’s opening at the New Orleans Museum of Art, a gem located in New Orleans City Park, has been twice delayed—first by the pandemic, and more recently by the city’s staggered recovery from Hurricane Ida. It’s an exhibition that is defined by disaster as much as it takes disaster as a topic, a career retrospective that should assure DeDeaux’s rightful place in the pantheon of internationally recognized conceptual artists whose work sees a bit further around the curve—not a clairvoyant, exactly, but a fiercely original artist rendering our slow-motion apocalypse. —Thomas Beller
Thomas Beller is the author of several books, including Seduction Theory, The Sleep-Over Artist, and J.D. Salinger: The Escape Artist 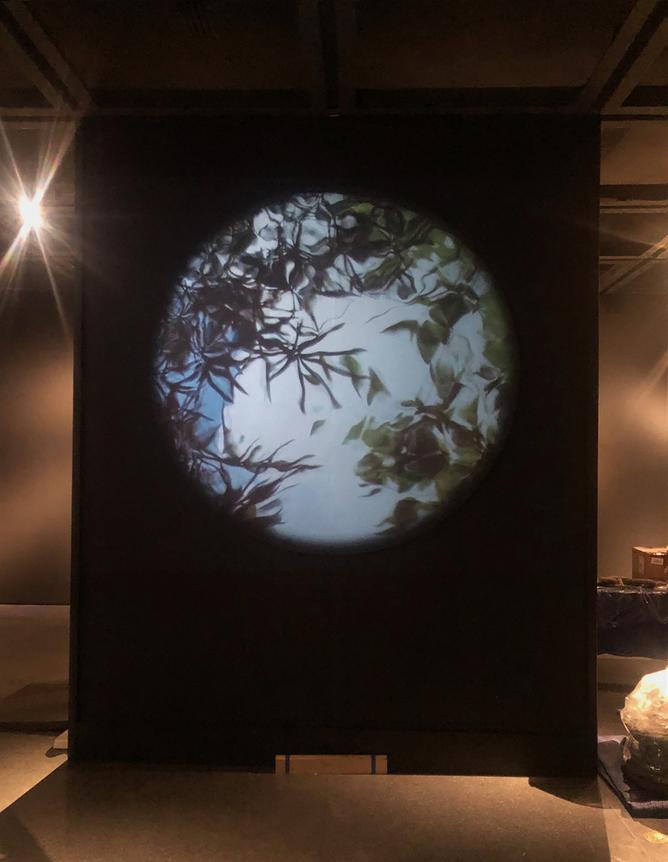 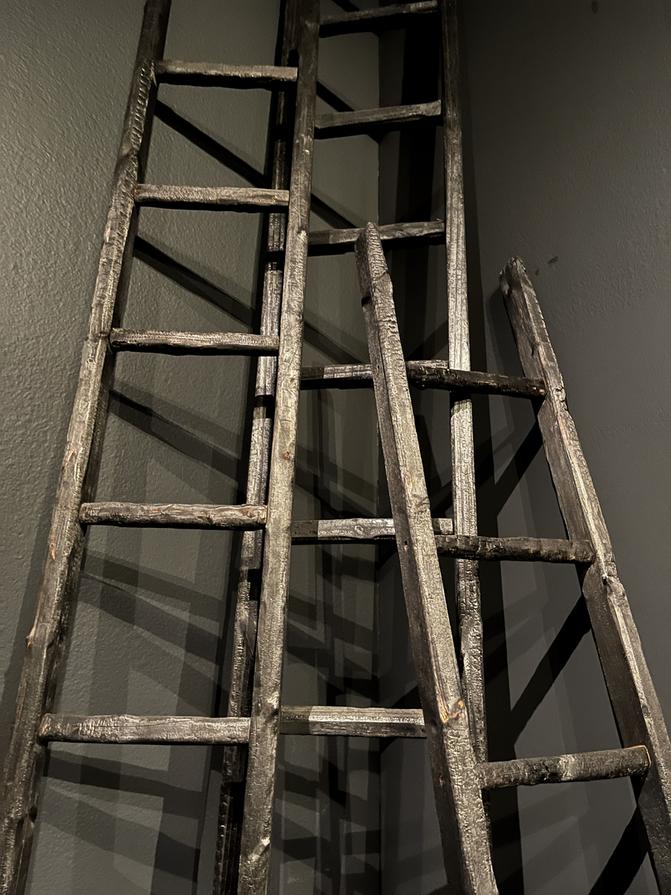 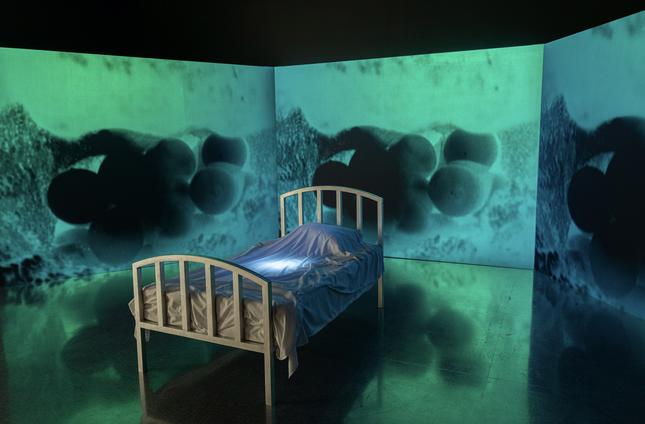 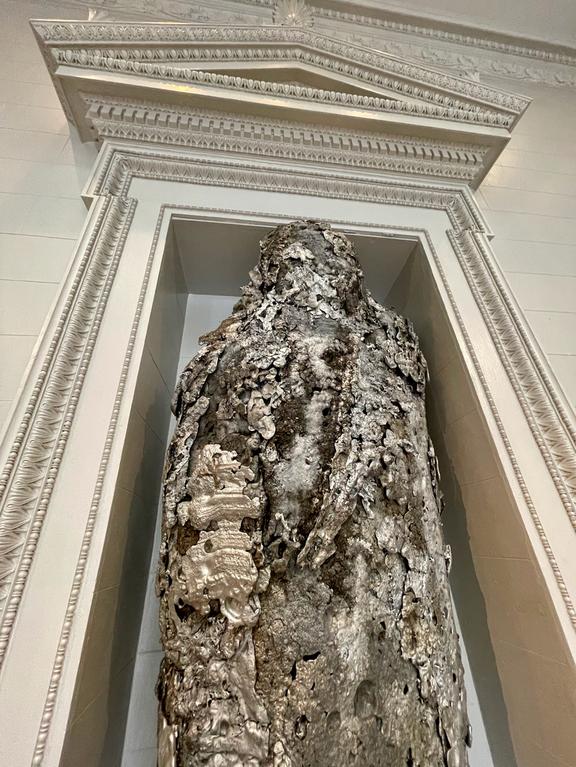 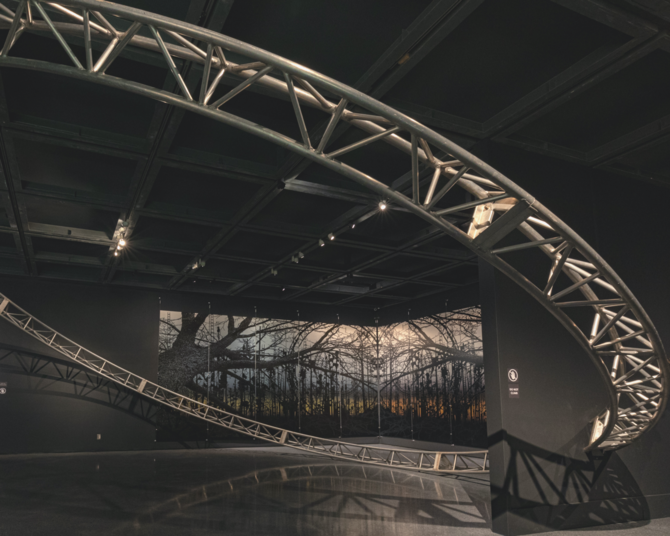 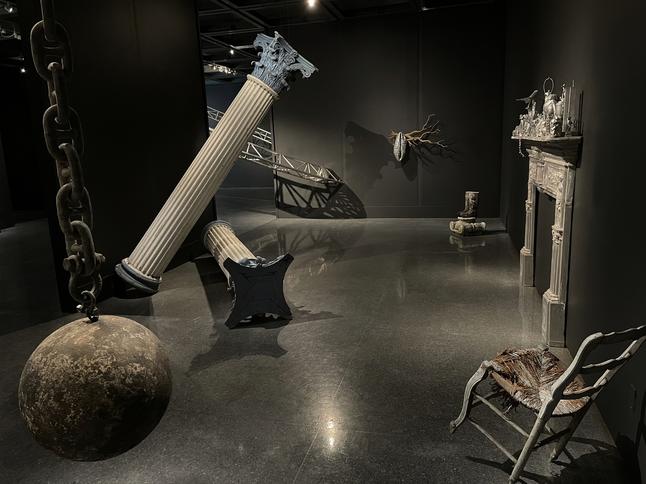 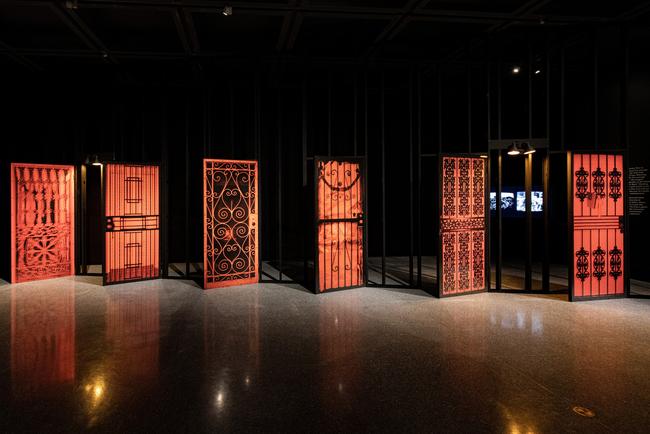 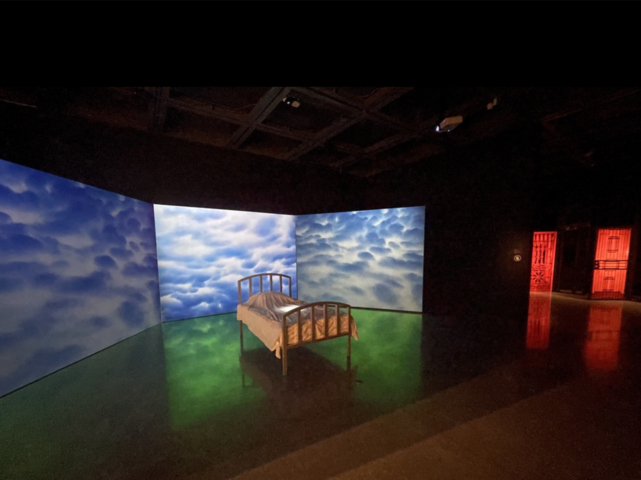 Dawn DeDEAUX: THE SPACE BETWEEN WORLDS 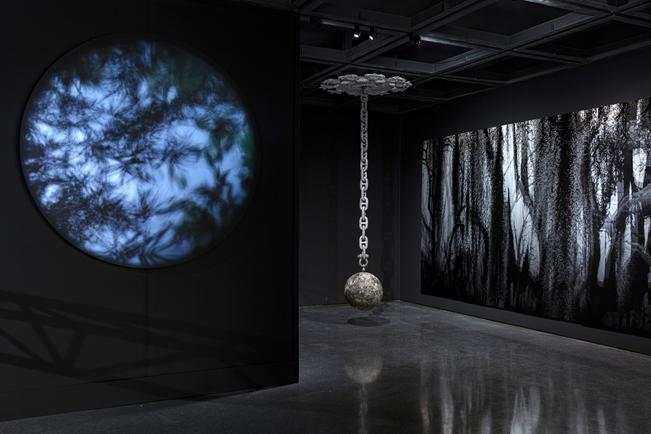 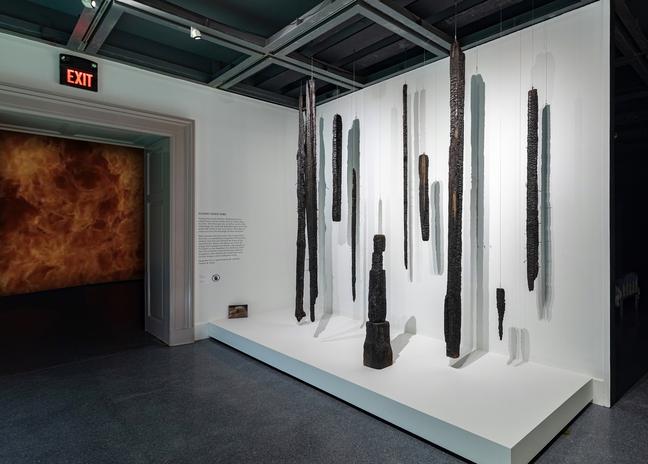 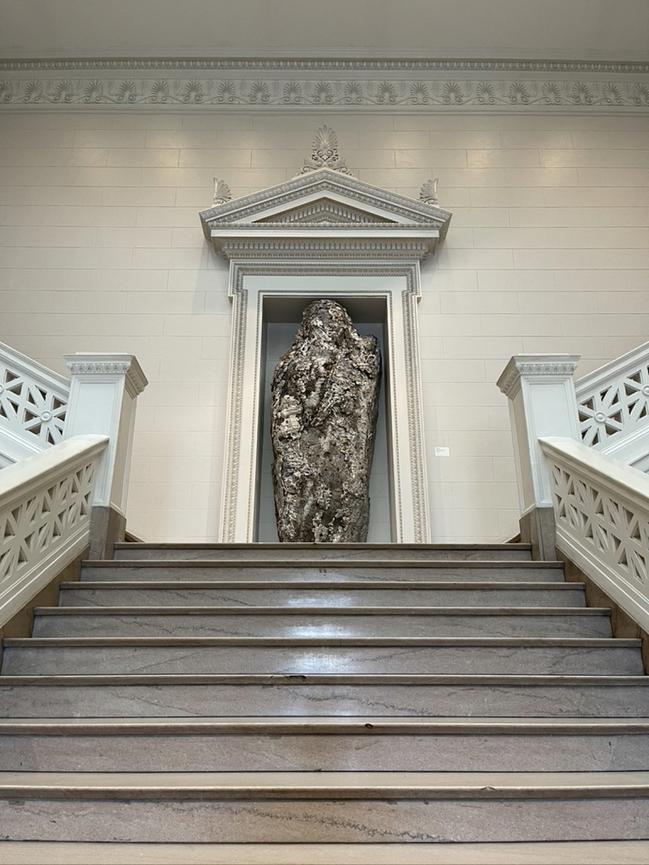 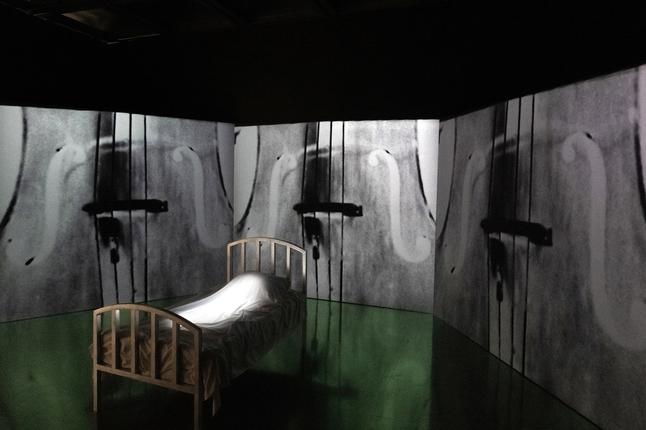