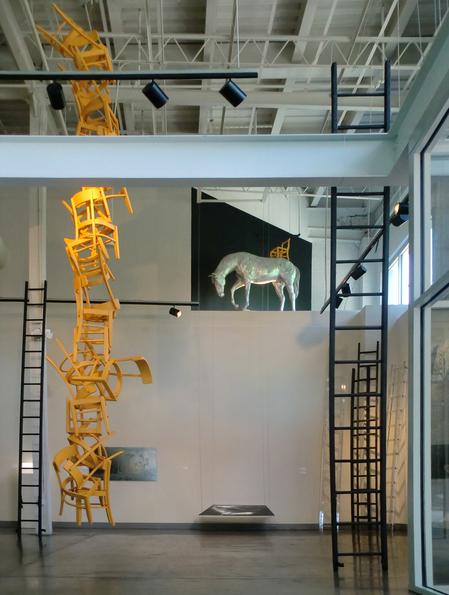 MOTHERSHIP I: POSTULATIONS OF MYTH AND MATH 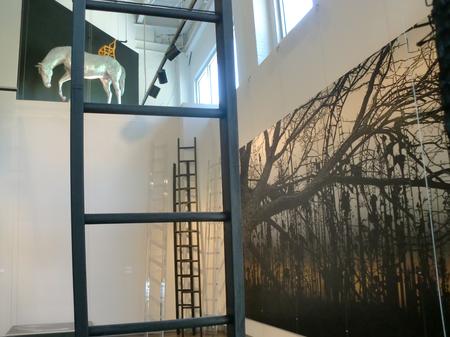 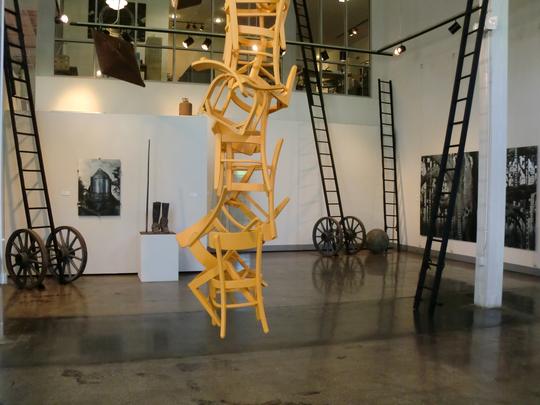 MOTHERSHIP I  /  MotherShip I offered postulations of the future, presenting both ancient mythologies that predict the end of time and today's mathematical and scientific equations that calculate a future not so dissimilar from myth.

One outcome of examining past prophecies is MotherShip I's centerpiece - a life-size pale, aluminum horse (first installed on a ledge 20’ above the gallery floor). The horse gazes into his self-reflection, rendered within a slab of polished acrylic suspended with cables just above the floor.  In early recorded histories, such a white or pale horse is referenced in a sweeping diversity of cultures as a symbol marking the future or the end of time - including Babylonian, Persian, Hindu, Saxon, Asian, Slavic, Native American and Biblical texts (for example within the ‘Book of Revelations') to cite a few.  It is often a signifier of triumph over evil, even amidst mankind's predicted annihilation.

Other components include apocalyptic landscape drawings rendered on steel panels; sculptures of tall ladders, made from either charred wood or transparent material embedded with ancient text; a 30’ DNA strand of bolted chairs spiraling and spinning; free-falling suitcases of mass destruction; and the introduction of the MotherShip vessel -  both as a rusty primal orb, in truss rings and in digital works that pay homage to the Zeppelins airships that remain the largest airships ever constructed.  The documents presenting  the Zeppelin assembly include images of the tallest known ladders.  These ladders remain a constant motif throughout the series, referencing both construction and escape.

In defining MotherShip, it is first synonymous with Earth; and failing Earth MotherShip is the constructed vessel to transport man to spheres beyond. Offered progressively MotherShip evolves  from a 'place' to an imagined 'form'.  To begin the process of form, the start is the first truss ring that also signifies the odd marriage of man and machine. - a merger that both destroys the past and defines a future. ​ 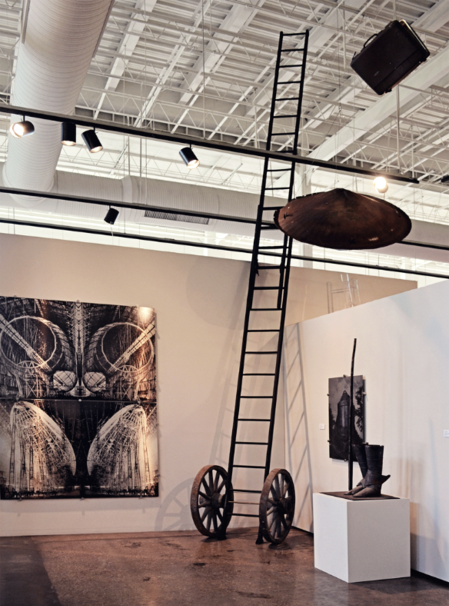