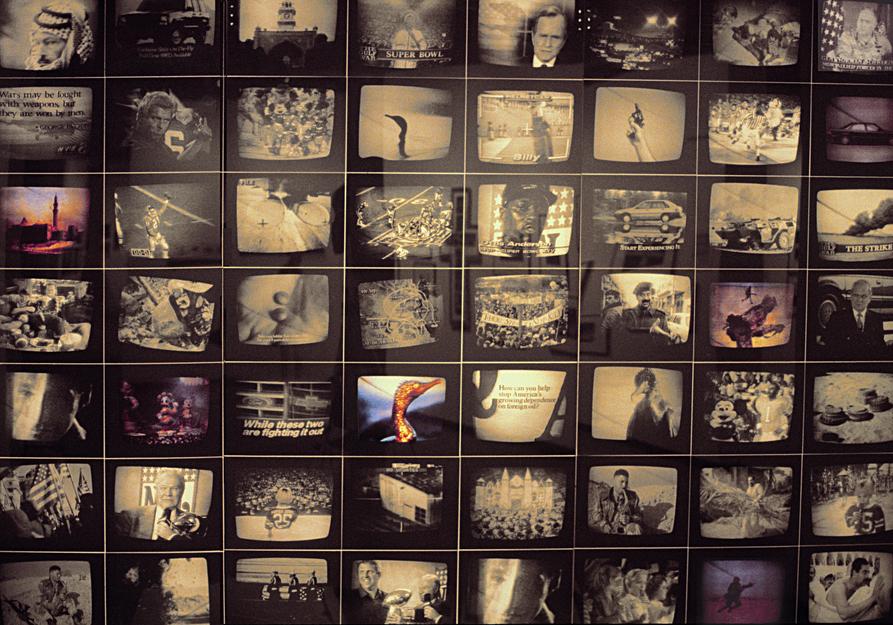 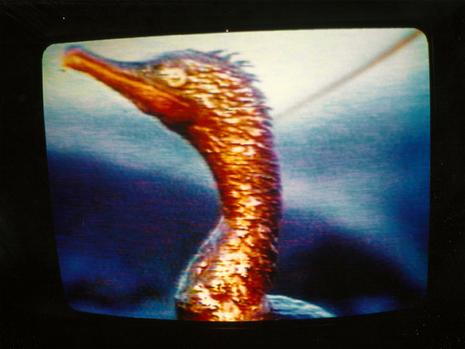 The work is an examination of the cultural fusion between of two disparate cultures at war, LIVE, during a televised sporting spectacle. Revealed are the interwoven, indiscriminate relationships between governments, corporations, consumers, teams and troops through the camera's lens.

This media was immediately exhibited just six weeks following its creation in New Orleans in March 1991, followed by a presentation at the the Houston Center for Photography and Boston University Photographic Resource Center.  DeDeaux's full project lecture was published in SPOT  Magazine and featured in Boston University’s media journal VIEWS.

The work was partially destroyed by flood waters during Hurricane Katrina, but exhibited with stain damages once again at the Contemporary Arts Center, New Orleans, in response to the 2010 BP Oil Spill.

LECTURE & ESSAY: Super Convergence
January 27, 1991 was Super Bowl Sunday - an extraordinary day, as sociologist Jean Baudrillard would described, when our “political economy was fully realized, a day when propaganda and advertising fused.” It was the day that Mickey went to Bhagdad.

The three hour internationally televised Super Bowl was the embodiment of “a media spectacle of real time” empowered by the super convergence of mega-statistics including: the world’s largest simultaneous viewing audience; a live presentation of a war between civilization’s oldest and youngest cultures; the most expensive television commercials ever to air; interspersed news reports of the largest-ever, record-breaking profits for the oil industry; and the real time footage of the Persian Gulf Oil Spill as it was unfolding, offering up oil-drenched birds struggling to survive for all the world to see.

So fully intoxicating were these super statistics, it caused the CBS network to loose its ability to discern fact from fiction.  I offer as evidence its enthusiastic network graphic created specifically for the broadcast titled “The Gulf War Super Bowl”.  It can be found in the CBS ‘super’  (an industry term for a typographical overlay)  that was merged upon a cowgirl-dressed Whitney Houston as she sang the National Anthem.   (This conjoined title is among the most important still-frames featured in “Super Convergence” and can be found in the top row center rowr of the photographic grid.)

“The contradictory process of true and false,
of the real and the imaginary, is abolished
in this hyper-real logic of (televised) montage.”
Jean Baudrillard

Indiscretion is abundant within the Super Convergence grid.  Still-frames of ads for gas-guzzling cars are followed by news breaks depicting an oil-blackened sea. Hand-drawn scribble lines show a military general’s logistical rear flank strategy for war, and in the very next minute, these marks are replicated to depict a football coach’s strategy for a defensive line’s ‘blitz’.  A halftime show recreates a version of the Disneyland castle - an artifice of America’s tensile town, ephemeral, celluloid culture - that is interrupted by news alerts that ancient Mesopotamian archeological sites may have been bombed.  Liive footage of real bombs dropping is shown in near montage with the ticking numbers of a digital game clock game clock (0:00...BOOM!!)  Real soldiers are shown on a battlefield, injured or dying - while the play warriors on the field are chasing balls and fielding tackles. Hundreds of children dressed in pretend military uniforms are waving little American flags and exploitatively marching in formation around the Disney Castle that is seemingly right out of  Leni Riefenstahl’s playbook for the Nazi propaganda film ‘Triumph of the Will' (what were they thinking?).

But the real show stopper was the repeated use of the Smart Bomb cross hair as signifier for both war and game. The "smart" bomb itself uses the product of television with infrared imaging, microprocessing and the laser-lighting of a target.  It was clearly the spectacle's real MVP and overnight became more famous than Elvis.  It was immediately employed by network and advertisers alike, incorporating the bomb’s cross hairs as product endorsements to convey tactical strength and precision:  the pharmaceutical ads all annihilated your pain with pill bombs that exploded before your very eyes.  Budweiser subliminally cross-dressed the bomb cross hair with a camcorder’s view finder to 'target' the best of American beer.  CBS, again defying reason, created its network Logo that merged an American flag with a fighter jet, and a portrait of President George Herbert Walker Bush with an overlay of the smart bomb cross hair that seemed to aim for his head. Not cool.

In the end, for me, it was all those oil-suffocating birds, those heart-wrenching scenes oF the muse dying live. That's what pulled me under into that blackened Gulf, making me feel so dirty and complicit in yet another fossil fuel war. 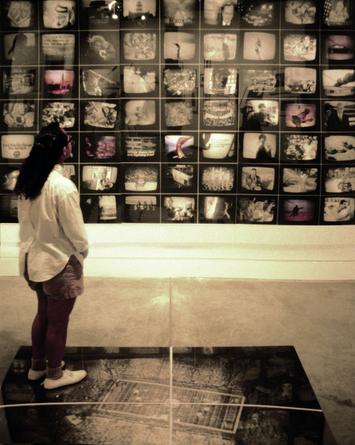 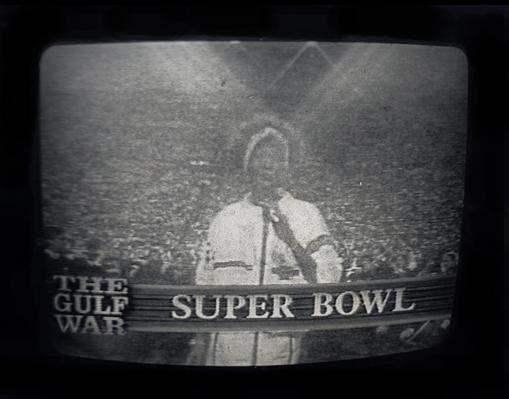 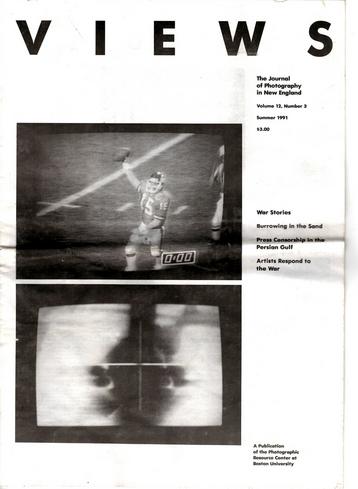