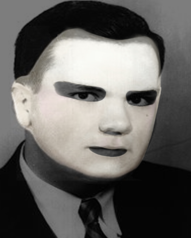 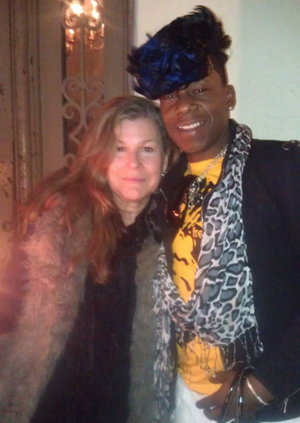 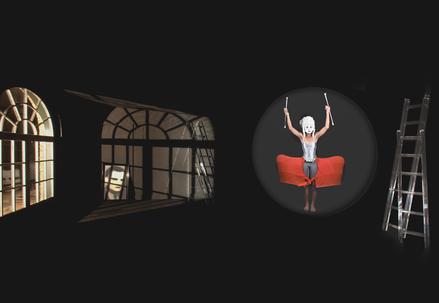 PORTRAIT OF JOHN KENNEDY TOOLE BEHIND MASK by Dawn DeDeaux, 2011

ONE'S VIRTUE IS ALL ONE TRULY HAS,
BECAUSE IT IS NOT IMPERILED BY THE VICISSITUDES OF FORTUNE...
Boethius, The Consolation of Philosophy 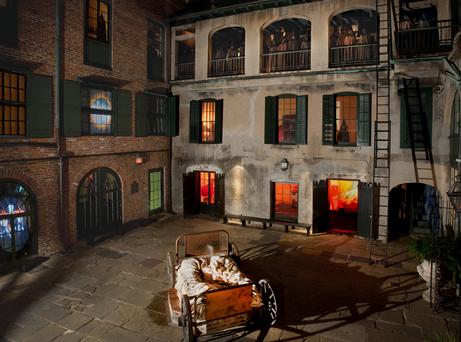 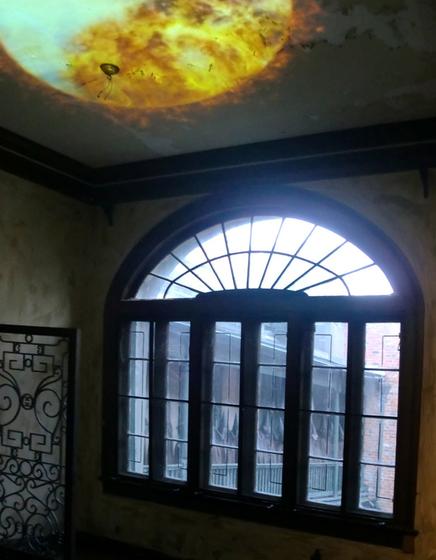 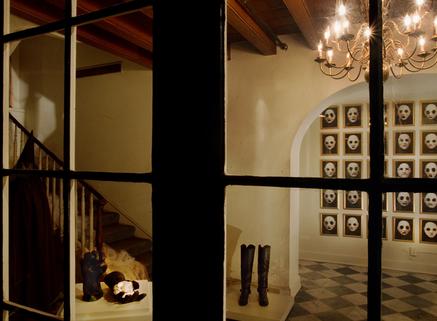 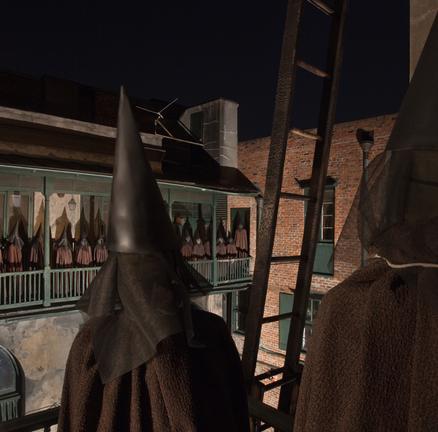 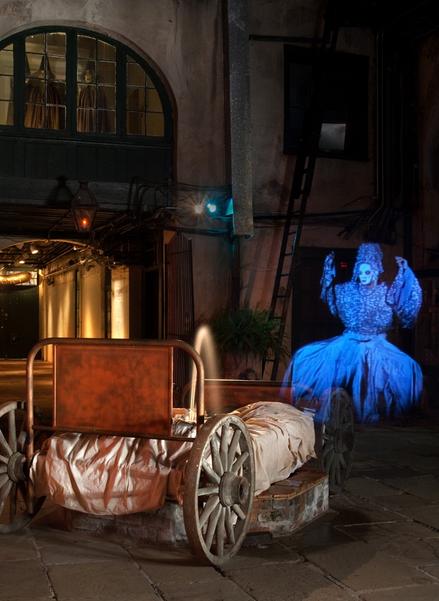 The Goddess Fortuna and Her Subjects In an Effort to Make Sense of it All  (Part One: Mysteries avere la fortuna di)  premiered in New Orleans at Prospect 2 International Biennial in November 2011, with an extended run through May 2012.  The multimedia-multitiered work was staged within the Historic New Orleans Collection’s Brulatour Mansion and Courtyard in the heart of the Vieux Carre, one of the city’s oldest and most revered buildings.

The work is inspired by John Kennedy Toole’s Pulitzer Prize novel A Confederacy of Dunces and the 'Part One' presentation within the Brulatour Mansion was devoted to the novel’s archeological bones.  The installation unraveled the book's layered themes and further illuminated its title taken from a quote by Jonathan Swift: “When a genius appears in the world you can know him by this sign: that all the dunces are in a confederacy against him.”

​The author's own academic field was medieval literature and he applied this academic discipline to his protagonist Ignatius Reilly who studied philosophy of the Middle Ages.  Ignatius (and Toole) admired most the late fourth century philosopher Boethius and his book The Consolation of Philosophy  that further popularized the ancient Goddess Fortuna.  Consolation by Boethius is devised as a dialogue between himself and the Goddess Fortuna regarding matters of fate, free will and divine intercession. Modeling himself after Boethius, Ignatius Reily takes refuge from contemporary life of the 1970s inside the medieval world of thoughtful discourse, inside the private sanctity of his locked bedroom where he conjures  his own dialogues with the wise but impartial Fortuna through processes enhanced by masturbation.

The installation places the bedroom of Ignatius Reilly in the center of the courtyard by way of a truly functional, 'gushing' Wet Bed Fountain sculpture temporarily replacing the historic iconic fountain.  Here Ignatius's bed is flanked on all sides of the courtyard  in windows and surrounding balconies by his mentors and nemesis - including a ‘sacred zone’  tributing Boethius and medieval cantors,   ‘profane chambers'  for The Goddess Fortuna and her gyrating sidekicks, a 'House of Joy' salon tributing the burlesque dancers celebrated in Confederacy; and fulfilling prophecy, a cast of Dunces everywhere - 70 life-size dunces to be exact - that completely surround Ignatius, giving evidence to his delusional genius as foretold by none other than Jonathan Swift.

FORTUNA AND OUR FATE

In the tradition of great oracles and shamans throughout history who use rapid movement to reach transcendental states,  I cast the contemporary New Orleans 'Bounce' dancer and singer Katy Redd to play the role of Goddess Fortuna. Two backup dancers are  ‘the wheelettes’ who spin the wheels of our fate.  Where our fate will land – a hurricane, an oil spill, or a tsunami – nobody knows?  But as Boethius would confirm, in the end it really doesn’t matter:

ONE'S VIRTUE IS ALL ONE TRULY HAS,
BECAUSE IT IS NOT IMPERILED BY THE VICISSITUDES OF FORTUNE...
Boethius, The Consolation of Philosophy​

THE CONFEDERACY OF THE SOUTH

The other factor contributing to Toole’s title A Confederacy of Dunces is the less impressive history of the Confederate South. Toole implants his own Canterbury Tales-inspired-bones within the narrative plots of characters who define the South of the 1960s.  He aggressively portrays the strife of the Civil Rights Movement through his characterization of  “Jones”  - a black-glove-wearing African American janitor in a perpetual state of protest.

​As the courtyard overtures Medieval confederations,  an interior room within the installation offers up the dark symbols of the Confederate South with sculptures of  black protest gloves,  life-size replication of Robert E. Lee’s Civil War boots, additional dunces postured as the Klan, a digitally-rendered 'white camellia'  - the Klan symbol for white woman purity and a call to arms - and a portfolio of Masks drawings titled “Behind Every Mask a Different Face" that blur the distinction between merriment and cruelty in the murky zone of anonymity.

A TRIBUTE TO JOHN KENNEDY TOOLE

The installation is dedicated to the great John Kennedy Toole who never lived to see his book published.  He took his life at an oft-visited spot in Biloxi, Mississippi – a non-descript kind of place of low water and trees.  A video projection offers Toole's mysterious last view on a wall behind a second floor window in direct sightline from the courtyard Bed.

THE GODDESS FORTUNA & HER DUNCES

IN AN EFFORT TO MAKE SENSE OF IT ALL

​5.  The Confederacy of the South Room