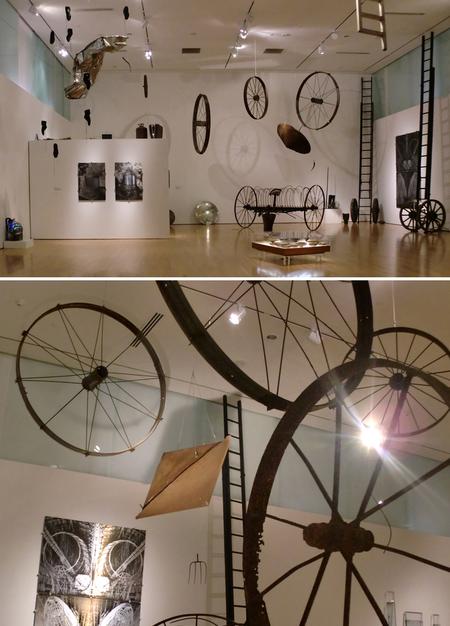 MOTHERSHIP II: Dreaming of Future Past

MOTHERSHIP I: Postulations of Myth and Math 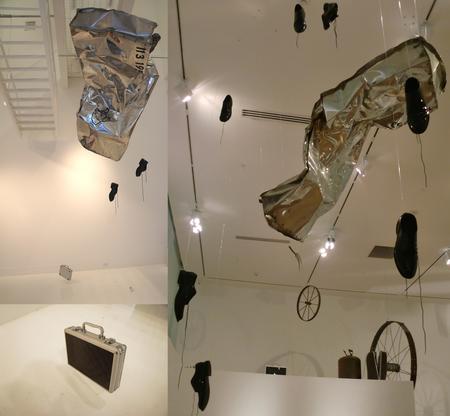 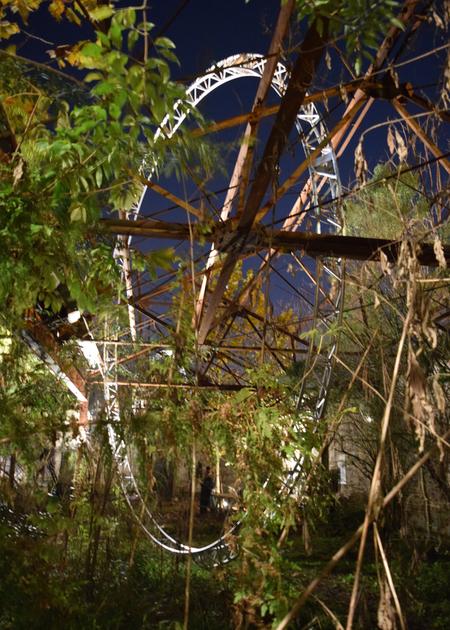 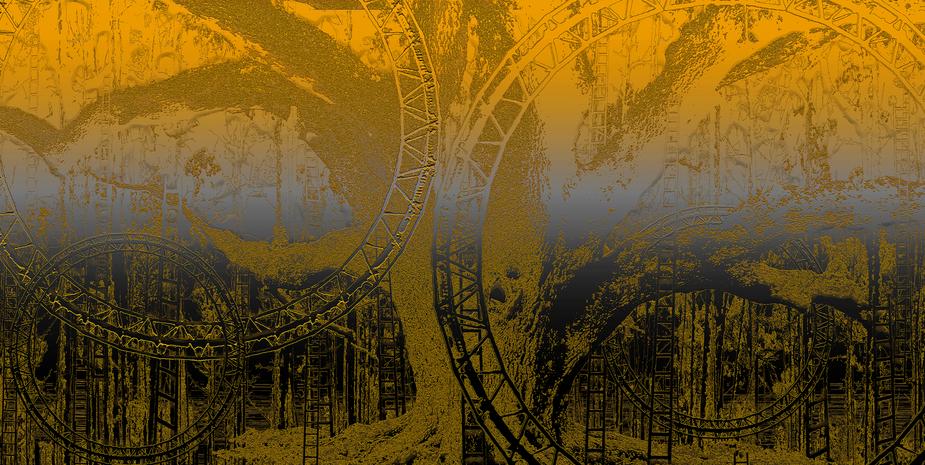 After Grapes of Wrath / Installation View / MotherShip II: Dreaming of a Future Past 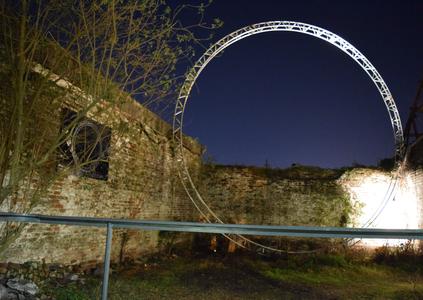 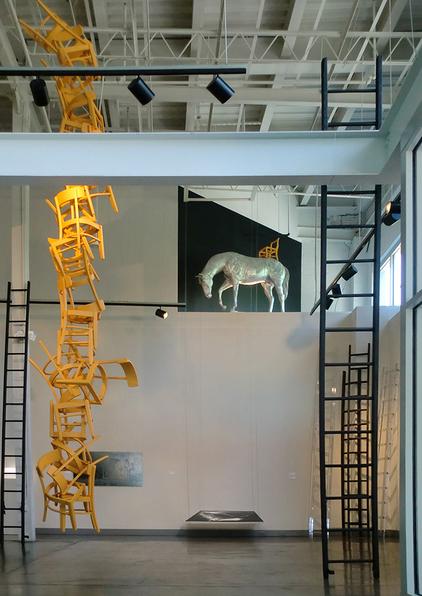 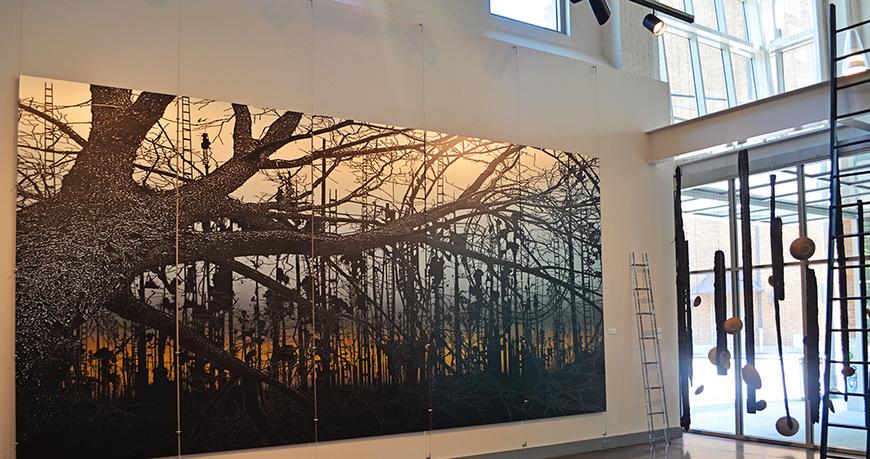 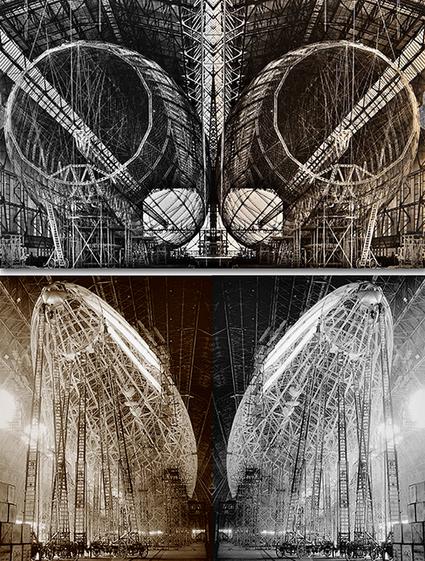 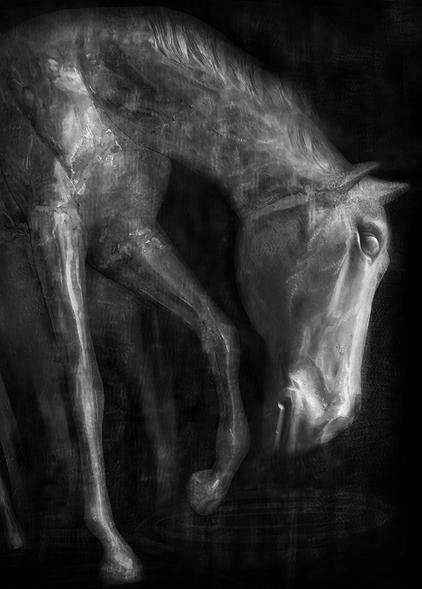 MOTHERSHIP I:  POSTULATIONS OF MYTH AND MATH

MotherShip I offered postulations of the future, presenting both ancient mythologies that foretell of the end and today's mathematical and scientific equations that calculate a future not so dissimilar from myth.

One outcome of examining past prophecies is the first installment's centerpiece - a life-size pale, aluminum horse (first installed on a ledge 20’ above the gallery floor). The horse gazes into his self-reflection, rendered within a slab of polished acrylic suspended with cables just above the museum floor.  In early recorded histories, such a white or pale horse is referenced in a sweeping diversity of cultures as a symbol marking the future or the end of time - including Babylonian, Persian, Hindu, Saxon, Asian, Slavic, Native American and Biblical texts (for example within the Book of Revelation) to cite a few.  It is often a signifier of triumph over evil, even amidst mankind's predicted annihilation.

Other components include apocalyptic landscape drawings rendered on steel panels; sculptures of tall ladders, made from either charred wood or transparent material embedded with ancient text; a 30’ DNA strand of bolted chairs spiraling and spinning; free-falling suitcases of mass destruction; and the introduction of the MotherShip vessel -  both as a rusty primal orb, and in truss rings rendered within digital works that pay homage to the Zeppelin airships that remain the largest airships ever constructed.  Documents presenting the Zeppelins construction include men standing on the tallest known ladders.  These ladders remain a constant motif throughout the series, referencing both the ship's construction and desperate escape.

MotherShip as a series title was selected for it multiple meanings: it is first synonymous with Earth; and as we fail to steward Earth, MotherShip is the constructed vessel to transport man to spheres beyond. Offered progressively, MotherShip also evolves from that of a specific 'place' to that of an imagined 'form'.  To begin the mutation to form, it begins with the first truss ring hoisted to build an airship.  The RING also is claimed to signify the dysfunctional marriage of man and machine (technology) - a merger that both destroyed the past and defines a future. ​

DREAMING OF A FUTURE PAST

MotherShip II: Dreaming of a Future Past  expanded the characterization of mankind in an imagined post-earth world reflected mainly through the portrayals of varied Explorers and First Responders.   Portraitures present the protagonist-explorers in exceeding floral-patterned hazmat and space suits - colorful curvilinear patterns belonging to our place of origin, a place called Earth.  It is imagined that even the most manly-men now wear such flower suits like a badge of honor, a symbol of identity.  Breaking with tradition, the suits are somewhat like FLAGS absent of straight lines. MotherShip II conveys this new chapter of extreme alienation in comic, nostalgic ways: It's a new tale of Paradise Lost.​

MotherShip III was presented at two sites in New Orleans  throughout Prospect 3 Biennial. The first site at Tulane University School of Public Health offered a small selection of works from MotherShip I and II; and the second site, an outdoor ruin owned by patron Julian Mutter, presented a work-in-progress version of MotherShip III: The Station.  Within the site two important components were introduced -The Launch and Souvenirs of Earth.  The starting point for the installations was an earth that had become depleted of its human sustainable resources, forcing the need for a mass evacuation from earth.  The new works inherently posed questions: Who gets a seat on the (air) bus?  Who gets left behind?  What do you take with you in the one small bag allowed?

THE SEARCH FOR UTOPIA

Aspects of MotherShip III examine utopian longings. Starting with social experiments belonging to previous centuries, the exhibition considers utopian quests birthed in social strife, particularly belonging to the recent civil rights movement.  Bubbling to the top are the cult sci-fi films of late musician and cosmic philosopher Sun-Ra and George Clinton's MotherShip-Funk machine - each birthed in a longing for a new promised land, beyond earth, where justice and equal opportunity will prevail for all.