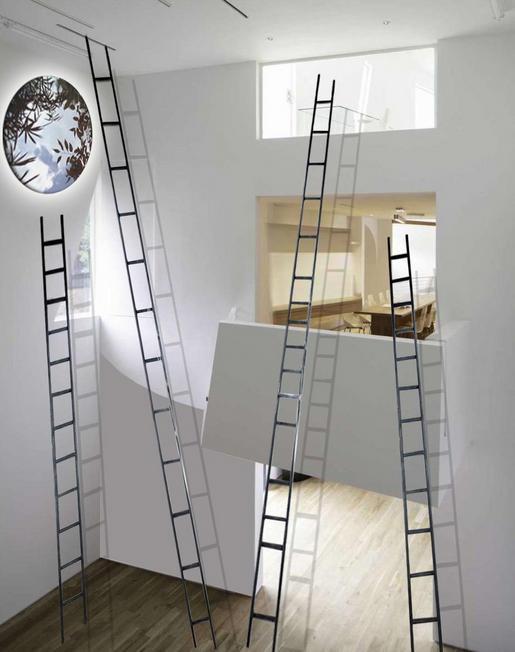 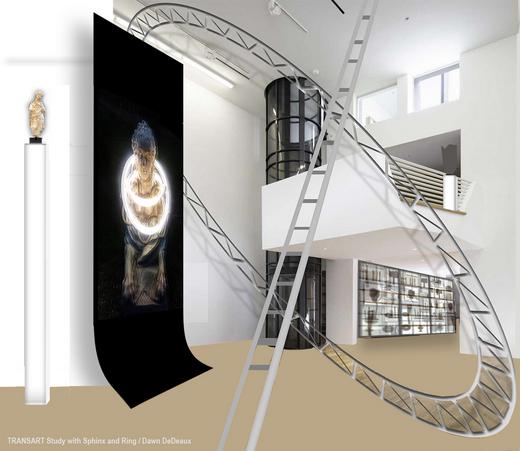 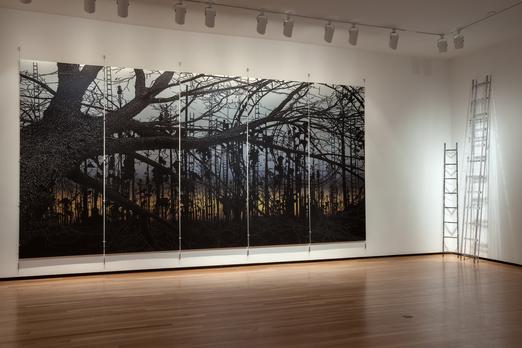 ART IN AMERICA
On the Death of

"One month after my rapid exodus from New Orleans, I return to a city dead. Yet there are familiar sights in the maze of debris: I see the work of Leonardo Drew in the matted rolls of wet housing insulation, Cy Twombly scratches in the enamel of wind-tossed cars, Keith Sonnier configurations in the twisted neon signs knotted with plastic bags, a Richard Serra monument in the mammoth, rusted, severed barge at an intersection . . . and on and on the story goes.

Walking through the destruction of Katrina, I have no doubt that abstract art is the fruit of disaster, the offspring of world wars and holocausts. Minimalism is in there, too, naturalistic in the face of annihilation. In the past weeks, abstract art has become my companion, an unlikely choice for this otherwise conceptual/political/representational artist. Abstraction always seemed an academic luxury I could not afford, an indulgent parlor game I could not take back to the street. It lacked for me a needed authenticity.

But now abstraction is more representational than a portrait of my mother. It is the hyperrealism of everything I saw while traversing the coastline from Alabama to Louisiana. No longer a parlor game, abstraction is now the language of my reality.

Ghost town New Orleans is stranger than an episode of The Twilight Zone. I stop in front of the housing projects on Orleans Avenue, across the street from Dooky Chase Restaurant. Only a month ago, this was home to more than 2,000 people. Not a sound. Evidence of the sudden cessation of life can be seen through the scores of open windows. It brought to mind Kurdish towns after the gas, or Hiroshima following the blast.

If not a consequence of global warming, Katrina is the indifferent manifestation of a weather pattern to be measured in centuries, not seasons. Thinking in such meteorological time, biblical scale and mythic proportion, contemporary art is the smallest speck of time, and I am wiped off the map. With much of my work lost, and with most of my days spent as a stranger on the Gulf Coast or a zombie in New Orleans, I am no longer securely reflected in my art or my sense of place. This fucking Zen clean slate of present tense is both terrifying and extraordinary. I have no children, with no regret, but I absorb the fact that there is less evidence of my existence. Who am I?

Near the end of the day, I drive through the Marigny section of town, greeted by the sound of heavy metal blasting from enormous speakers mounted on a musician's yellow balcony, A colorful banner flaps defiantly: "Radio Marigny." This is the first authentic offering of hope.

The only other sound of the day is old Communist-style propaganda. It comes from my car radio in the repetitive offerings of "feel good" messages: "Hey N'awlins, we'll be back in no time . . .soon we be eatin' red beans an' rice, goin' to da Mardi Gras, dancin' in da streets." Behind the words is generic, commercialized, upbeat music. But right now I am in no mood for a simulated jazz funeral. This is a wake. The real music will come back another day, when the Rebirth Brass Band can live up to its name." 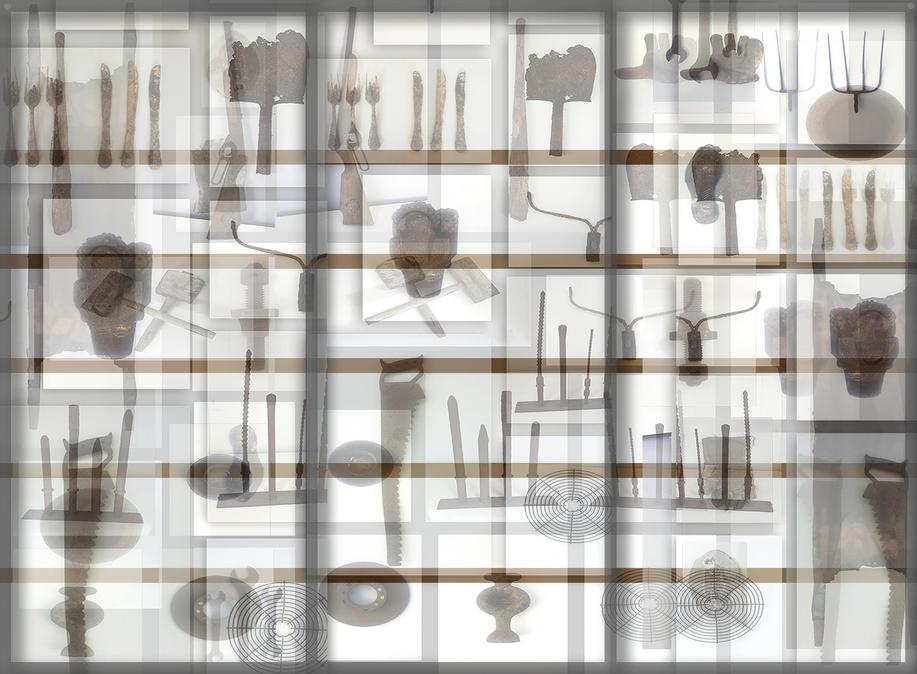 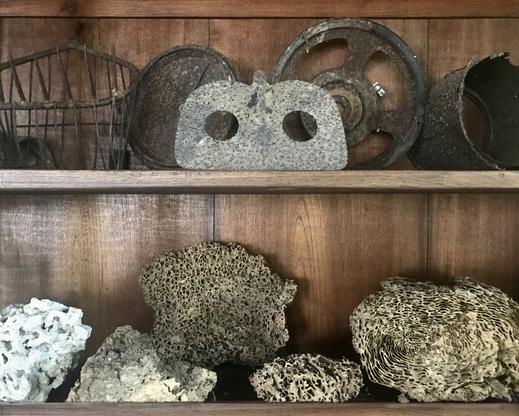 ​​Artist and Futurist Dawn DeDeaux’s multimedia, interdisciplinary installations overture art, anthropology, philosophy and science to framework a post human and post anthropocene discourse of extinction. (1)
DeDeaux's Post Art trajectory was sharpened by Hurricane Katrina’s devastation of her habitat and most of her work, and the escalating extinction rate of planetary species. Her art turned more purposely to the materiality of the object, not as a representation of reality as we know it, nor as a found artifact remitting to Duchamp’s "readymades." Instead, DeDeaux embraces an all-encompassing notion of “object" understood as “everything” - an “everything” where even the causality of all things can be fathomed to radiate from the “object” itself into the unknown. (2)

​
FOOTNOTES
(1) I use the term post-humanism in the sense of Francesca Ferrando [date] to refer to any theory that is critical of traditional humanism and traditional ideas about humanity and the human condition. In referencing the Anthropocene, I refer to the proposed geological era when.human activity has been the dominant influence on climate and the environment.

(2) This glimpse of 'The End' was unexpectedly offered to DeDeaux while standing in the utterly disfigured landscape of her parents' Gulf Coast town the day following its complete destruction by the winds and tsunami of Hurricane Katrina in 2005.  This witnessing prompted her first large-scale reconfigurations of transformed matter such as shattered glass and ash, and the crude mud markings on salvaged fragments of wood.  Following her prior year immersed in advanced digital work, she found herself fully 'unplugged' in an unrecognizable world with no form of communication to convey "Everything has changed...everything."  See DeDeaux's essay for Art in America, 'The Death of New Orleans' / October 2005.

(3) The ongoing decade-long MotherShip Series by Dawn DeDeaux was first crafted around Stephen Hawking's hypotheses that mankind has 100 years to either correct the conditions for human life on earth, or figure out an exit strategy. His claim was made in a video interview nearly 15 years ago, and if true, that would give us only another 85 years.  Since the claim, and prior to his death, Hawking would occasionally recalibrate his prediction. 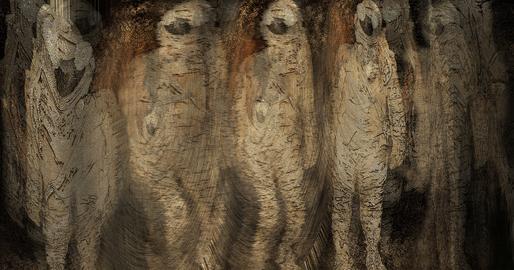 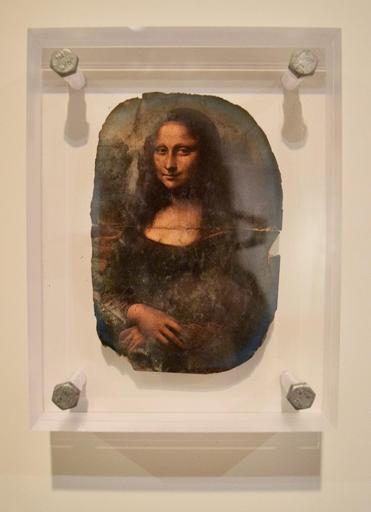 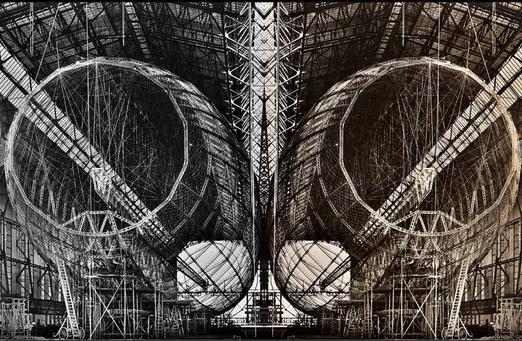 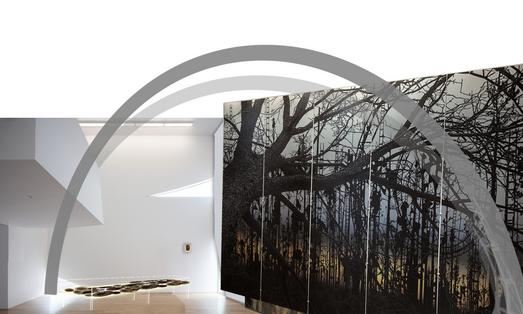 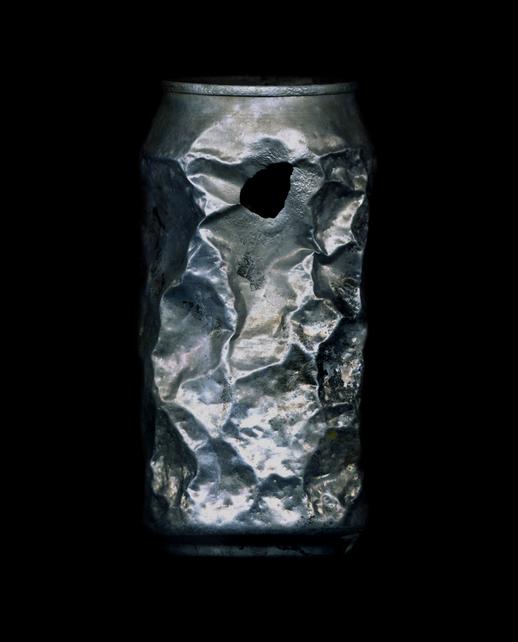 ​​​About the Exhibition Title:

​
The exhibition title Being and Everything is inspired by a conceptual series DeDeaux created a few decades back surrounding historical ironies.  Among the series is a work titled Sartre's Trench that highlights unusual circumstances belonging to the relationship between German philosopher Martin Heidegger's work Being and Time (1927) and its influence on French philosopher Jean Paul Sartre's subsequent tome Being and Nothingness (1943).

Sartre spent two years mastering German to read Heidegger's Being and Time.  Ironically, the war broke out between France and Germany and Sartre began his reading of Heidegger from a French trench and finished the book as a prisoner of war in a German camp  from 1940-41.   DeDeaux's animated drawings present Sartre as as a shadow of a soldier sitting in the trench with a book and lantern.  It is accompanied by sound of a man reading aloud in German with a French accent.  Additional sounds of gunfire and arsenal explosions prompt flashes of light alternately illuminating backlit words embedded in the two earthen mounds:  one offers the word "being" and the other gives only "nothingness."

The Heidegger Thread Continues
DeDeaux shares that "in the decades that followed Sartre, new philosophical movements have emerged -  Deconstruction, Post-Humanism, New Materialism... - and throughout most new theory there remains a connection to Heidegger, significantly for his stand  to debunk human hierarchy in favor of an an equitable inter-connectivity with other forms of life and objects. This is core to New Materialist thinking, and biologists and environmentalists have long since dethroned man as mega-culprit for planetary disruption.   Most thinkers now advocate for a level playing field and a readdress of our relationships with animals, plants, inanimate objects and all matter. Vertical math isn't adding up for me either so I am allowing myself to float within a cosmic current, inside the circular rotation of all matter."​​