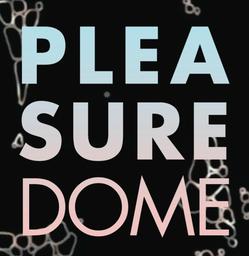 ​PELICAN BOMB:
LOOKING BACK: Dawn DeDeaux
BY LAUREN SCARPELLO
Dawn DeDeaux identifies herself first as a conceptual artist. Over the last four decades she’s worked with photography, video, sculpture, sound, and performance. In 1976, she entered and won the Louisiana Demolition Derby as the only female contestant. She’s sometimes be​en criticized for not working consistently in one medium, not having a cohesive and distinct “style.” Perhaps those critics forget that “conceptual artist” used to mean something. DeDeaux chooses the materials she thinks best convey her ideas. To really appreciate her ability to match medium to subject is to understand it as an act of artistic agency, rather than a fault.

If there is one touchstone of DeDeaux’s varied practice—a way of potentially determining the efficacy of her work even today—it is participation, a concern that can be traced to her earliest works. In 1975, DeDeaux conceived the project CB Radio Booths as an intersection of her interests in mass communication and her desire to break down self-imposed barriers of prejudice. At the forefront of engaging audiences outside the constructs of the art establishment, the result was nine functioning stainless steel radio booths stationed across southern Louisiana. Anyone could pick up the receiver and start talking—and folks did. The Federal Communications Commission granted DeDeaux a special channel and, with headquarters located at the top of One Shell Square, a purely egalitarian means of communication was born—the original “chat room.” Different than a telephone call, which has the element of purpose to it, on the CB radio participants didn’t know whom they were calling. The person waiting on the other end could be of a completely different socioeconomic status, race, religion, or political affiliation. DeDeaux discovered over the three-month run that the project spawned new conventions of language in these collisions of culture, similar to the internet slang and text message abbreviations of today. The booths also gave rise to new identities, as users gave themselves nicknames. New relationships formed and some participants even arranged in-person meetings, heralding the possibilities of random human communication that would later be fully realized in the advent of the internet age.[i]

At the time she was creating her CB Radio Booths the art world was still reeling from Fluxus and its subsequent movements. DeDeaux was walking amongst giants such as Nam June Paik, who also prophesied the era of mass communication and the far-reaching influence of information technologies. Theorists questioned the idea of originality and warned of the dissolution of reality. Baudrillard wrote that reproductive media was responsible for creating a new “hyperrealism” that replaced what we previously conceived of as reality. Starting with Realism and passing through the meatgrinders of Surrealism and the ubiquity of TV, reality was increasingly threatened by a spiraling simulacrum of its former self. No more dreams, no more fantasy—just an abstract world of repetition where everything might be imaginary.

DeDeaux continued to act as a selector in this brave new world, taking moments from life, stripping them down to their basic elements, and forcing us, the viewers, to pay attention to what we normally would not. For her 1988 video installation, Drive By Shooting, the artist spliced together footage taken while cruising the streets with two notorious New Orleans gang members with later documentation when she happened upon a victim of a drive-by incident just as the police were arriving.[ii] The vantage point of the video is from inside the car with the boys, blurring the lines between perpetrator, victim, participant, and observer. Were we viewers to witness this event in our own neighborhoods, we might be consumed by fear and horror. In the safe position of gallery voyeur sitting in an easy chair, however, it takes on the feeling of an imaginary experience with roots firmly grounded in more reality than we might care to admit.

That’s exactly where DeDeaux’s mastery of media excels. In selecting the right topic and tool for exposure she can say: Look at this, no, really look. This is not imaginary; this is reality. This is your reality whether you like it or not. It’s happening right here in our town, so consider it. Consider talking to a stranger, consider what life might be like for someone else, and—increasingly in her latest works—consider the ramifications of disaster.

[i] Through promotional materials, participants were invited to the grand opening of the Contemporary Arts Center in New Orleans when it exhibited four of the CB Radio Booths in 1976. Many more participants met face-to-face at that time.

[ii] DeDeaux met Paul and Wayne Hardy through her work with incarcerated youth. They were major figures in the artist’s 1992-1993 touring exhibition “Soul Shadows: Urban Warrior Myths.” In connection with a capital murder investigation, the FBI seized the artist's raw footage of the Hardy brothers in October of 1995. Wayne Hardy was killed in a drive-by shooting that same year, while his brother Paul was convicted of murder and given the death penalty. 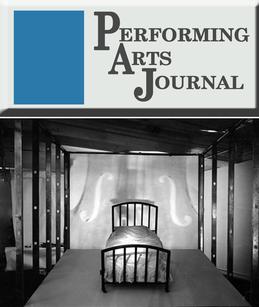 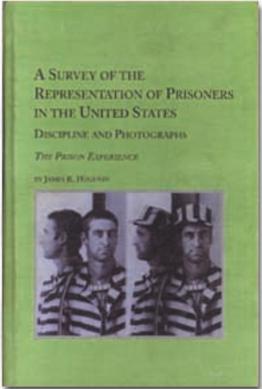 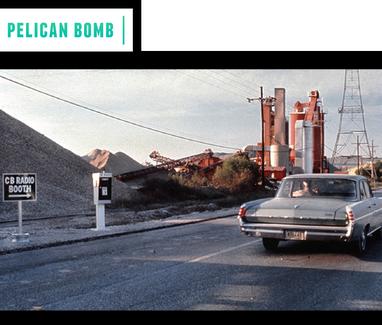 EXCERPT/ “Landscape Reclaimed,” a consistently smart show comprising the responses of conceptual artists to “landscape” and curated by Harry Philbrick, took full advantage of its site: a museum surrounded by aging, under-appreciated Minimalist sculpture and sweeping suburban lawns – in short a site just waiting for Komar & Melamid to stage a local version of their America’s Most Wanted, 1994. Of the artists represented, it was the Soviet-born duo that engaged the community most directly with their sublimely ironic tribute to participatory democracy.

Other artists also stretched the concept of landscape while respecting the parameters of the picture plane. David Diao’s beautifully glib Plots Available depicted a site plan of Green River Cemetery, Long Island’s version of Pere Lachaise which houses the remains of nearly every New York School painter. Beverly Semmes reached back even further into art history with Figure in the Purple Velvet Bathrobe and Cloud Hat on the Beach.

Generally, the more successful contributions to “Landscape Reclaimed” found ways to rethink the genre, while the less interesting pieces desperately inscribed themselves in it. Among the former, I would include Gregory Greene and Nancy Dwyer. By contrast works by Mira Schor, Veronica Ryan, or Nam June Paik’s video sculpture 9 Up Bush were less inspired.

A standout installation by Dawn DeDeaux quietly suggest these artists needn’t have tried so hard to reclaim landscape. Her Postcards to Teddy Roosevelt while Thinking of Yves Klein included two television monitors resting face-up, muffled by translucent wax paper – one showing a deer carcass alongside a local highway, the other sheep grazing near an electrical fence – so that suddenly the sounds of buzzing flies, passing traffic, cowbells, and snapping power lines seemed haunting. Six photo-collages lined the gallery walls depicting repetitive industrial scapes of satellite dishes and chain-linked fences through which viewers could only catch glimpses of brutally strip-mined or otherwise neglected land forms. Their formal beauty as pictures, as landscapes, only added to the installation’s visceral effect. Who would ever suspect that working through, as opposed to reworking, the traditional genre of landscape would have produced the show’s most powerful – and nuanced – work?

When videomaker Dawn Dedeaux was working with young male offenders in the Louisiana correctional system, she met Wayne Hardy and his younger brother Paul, both gang leaders from New Orleans. Over a number of years Dedeaux followed the brothers with her video camera, investigating the cycle of poverty, drugs and violence that entraps many young urban males. In guerrilla/documentary style, Dedeaux’s videos Urban Warrior Scrapbook, The Hardy Boys & Nancy Drew, Dope Rope and Drive By Shooting challenge our notions of urban terror. The tapes portray violence as a political protest, a means of achieving status, and a sure-fire way to a ‘hero’s death’ in the midst of America’s urban war.